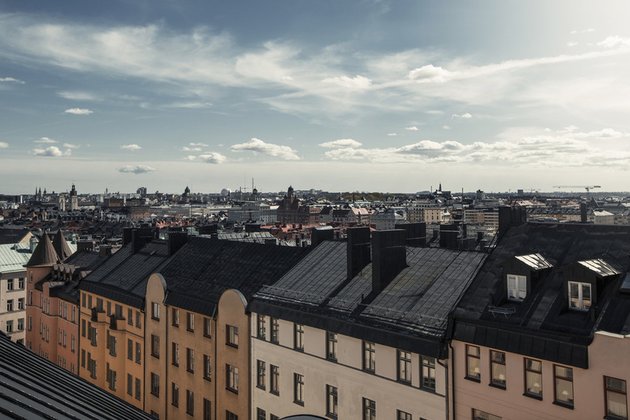 Home prices in the country plunged by about 14% from a peak earlier this year, according to Valueguard, which compiles the data. Prices have reportedly slid for seven straight months, as households are being squeezed by the rising cost of living.

This shows what may lie ahead for many other developed economies, Bloomberg wrote, noting that the downturn in Sweden was fueled by soaring inflation and central bank moves to curb price increases.

The report indicated that the downtrend is unusual in a country where previous corrections have been shallow and short-lived, and many young home buyers have never experienced a housing market crash.

"While housing markets are cooling across the world with fewer transactions taking place, price declines have yet to begin in a number of countries," it wrote, specifying that home prices in Canada are now down 10% from the peak and declines of as much as 20% are forecast for countries including the US, the UK and New Zealand.

"A lot of homes are being sold at levels around the asking price, and bidding wars are rare," chief executive of Lansforsakringar Fastighetsformedling Marcus Svanberg said in a statement. "We don't expect to see a real recovery until spring next year at the earliest."

Valueguard data showed the HOX Sweden housing-price index decreased 3% in October from the previous month in a steepest decline since June. The drop was reportedly led by detached houses, which are particularly vulnerable as electricity prices soar.

The media outlet also said that most forecasters expect the decline to continue, and "the current trajectory indicates that the outsized gains in housing prices achieved during the pandemic could be erased by early next year."