WHO Warns of 'Life-Threatening' Winter in Ukraine 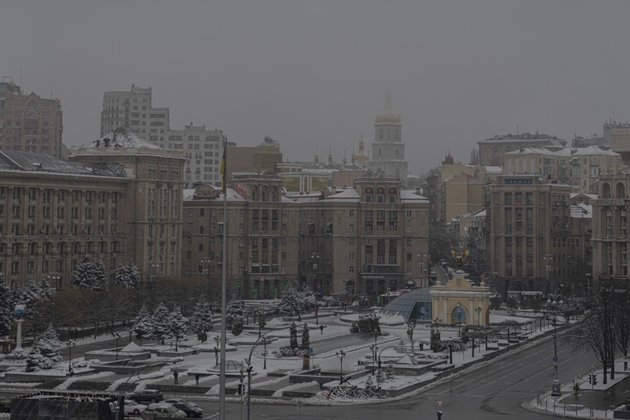 Ukraine urged residents in the capital and other areas of the country to limit electricity use as it tries to repair damage to the power grid from Russian strikes while the World Health Organization warned that millions in Ukraine face a 'life-threatening' winter.

'This winter will be about survival,' said Hans Kluge, WHO regional director for Europe.

He also warned of unique health challenges for the country, including 'respiratory infections such as COVID-19, pneumonia, influenza and the serious risk of diphtheria and measles in (an) under-vaccinated population.'

In his nightly address Monday, Ukrainian President Volodymyr Zelenskyy urged residents in Kyiv to conserve energy, and also implored residents in other hard-hit areas of the country to do the same, including in Vinnytsia, Sumy and Odesa.

'The systematic damage to our energy system from strikes by the Russian terrorists is so considerable that all our people and businesses should be mindful and redistribute their consumption throughout the day,' he said.

As bitter winter weather arrives in Ukraine, Russia has been attacking the Ukrainian power grid and other key infrastructure from the air, causing widespread blackouts for millions of Ukrainians.

Ukrainian state-owned grid operator Ukrenergo reported that 40% of Ukrainians were experiencing difficulties, due to damage to at least 15 major energy hubs across the country, The Associated Press reports.

In Kherson and the neighboring province of Mykolaiv, Ukrainian authorities are urging civilians to evacuate, fearing that damage to the infrastructure of the recently liberated areas is too severe for people to endure the coming winter.

Residents of the two southern regions, regularly shelled in the past months by Russian forces, have been advised to move to safer areas in the central and western parts of the country, said Ukrainian Deputy Prime Minister Iryna Vereshchuk.

The government will provide transportation, accommodation and medical care, she said.

The evacuations come more than a week after Ukraine freed the city of Kherson and areas around it. The liberation of the area marked a major battlefield gain, while the evacuations now highlight the difficulties the country is facing following heavy Russian shelling of its power infrastructure.

In other developments Monday, NATO Secretary-General Jens Stoltenberg asked NATO members to step up military support to Ukraine to ensure the best outcome for the country as 'a sovereign, independent, democratic nation in Europe.'

'We need to realize that this war most likely will end at some stage - at the negotiating table. But we also know that the outcome of those negotiations is totally dependent on the strength on the battlefield,' Stoltenberg told NATO's Parliamentary Assembly meeting Monday in Madrid.

He said the alliance must invest more money in Ukraine's defense.

He noted that defending Ukraine is defending democracy. 'If we allow [Russian President Vladimir] Putin to win,' he said, 'all of us will have to pay a much higher price. Authoritarian regimes around the world will learn that they can get what they want with brute force.'

Stoltenberg said that by the end of the year, NATO will have spent well over $350 billion extra on defense since 2014. NATO, he said, must bolster its military infrastructure in Europe and finalize Finland's and Sweden's entrance into the alliance.

Stoltenberg hailed Ukraine's military advances against Moscow but cautioned it would be a mistake to underestimate the military might of the Russian Federation.

'It retains significant military capabilities and a high number of troops. Russia is willing to suffer substantial casualties and is willing to inflict horrific suffering on Ukrainian people. We have seen drone and missiles striking Ukrainian cities, civilians and critical infrastructure,' he said.

Addressing the assembly by video, Zelenskyy stressed the significance of NATO's military and financial support to Ukraine and urged the alliance to welcome Ukraine into the EU and NATO.

'Joint action is what constitutes true peacemaking,' he said.

Russia and Ukraine on Monday traded blame for at least a dozen explosions at Ukraine's Zaporizhzhia nuclear power station, which has been under Russian control since shortly after Moscow invaded the country February 24.

In a statement, Monday, the International Atomic Energy Agency confirmed there were no immediate nuclear safety or security concerns at the Russian-held Zaporizhzhia nuclear power plant in Ukraine. Key equipment remained intact despite heavy shelling on the facilities during the weekend that caused widespread damage, the U.N. atomic watchdog said after its experts toured the site.

Radiation levels at the site remained normal and there were no reports of casualties.

The plant's external power supplies, which have been knocked out several times during the conflict, were also not affected.

'Even though there was no direct impact on key nuclear safety and security systems at the plant, the shelling came dangerously close to them. We are talking meters, not kilometers,' Grossi said.

'Whoever is shelling at the Zaporizhzhia nuclear power plant is taking huge risks and gambling with many people's lives.'

Some information for this story came from The Associated Press, Agence France-Presse and Reuters.