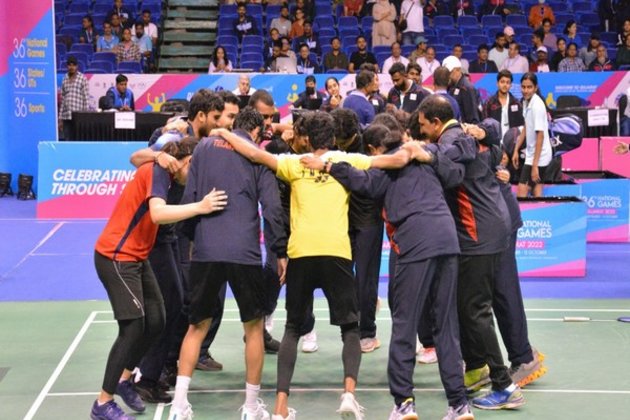 The first game was hotly contested. Sai Praneeth struggled and committed a few unforced errors, but HS Prannoy stood out with his all-around performance. They remained tied until 18-18 when Prannoy finally won it with a few well-placed shots.

In the second game, Praneeth was in top form, and his variety of strokes caught Prannoy off guard. He made a quick run for a 13-7 advantage and held onto it to even the score.

Even in the third game, Sai Praneeth established a comfortable 13-7 lead until HS Prannoy fought back to even the score at 18-18.

"I knew it would be a tough match, especially as we know each other's game as we often train together. But gradually I found my strokes. I was suddenly blank as Prannoy began to play a fast game. With the shuttle also coming slowly, I was a little taken aback. But luckily, I held my nerves and pulled off this crucial win. It will boost my morale," Sai Praneeth said as quoted by the Olympics website.

B Sumeeth Reddy and N Sikki Reddy, the husband-and-wife team, defeated the young team of MR Arjun and Treesa Jolly earlier in the competition 21-15, 14-21, 21-14. Samiya Farooqui then defeated TR Gowrikrishna 21-5, 21-12 to give Telangana the gold medal.

Siva Subramaniam smashed the National Games record, established at 5.10 by Vijay Pal Singh back in 1987, by clearing 5.11m, to the cheers of the IIT Gandhinagar crowd. He then jumped 5.21 metres and, with an eye on the record, called for the bar at 5.31. On his initial attempt, he was unsuccessful, but he strived the next time to succeed.

The men of Uttar Pradesh and the women of Telangana won the 3x3 basketball gold medals for the first time, defeating Tamil Nadu 21-18 and Kerala 17-13, respectively, at the Bhavnagar finals.

At the Major Dhyan Chand Stadium in Rajkot, Haryana's captain Rani Rampal scored a hat-trick as her team defeated Odisha 4-0 to earn their second victory in Group A play. Haryana are assured of a place in the last four with this win. (ANI)

The Trial of the Chicago 7

Trial of the Chicago 7