PM Modi to participate in Dussehra celebrations in Kullu 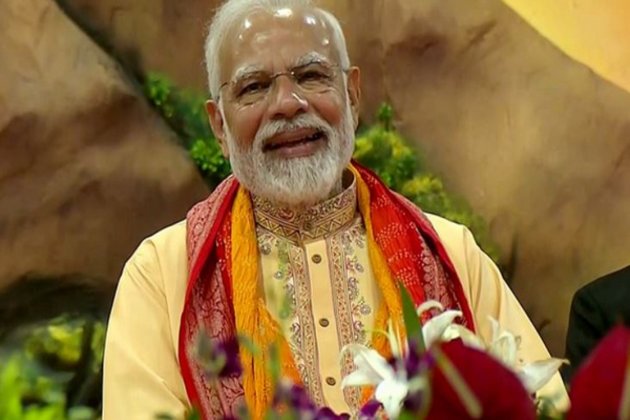 He will participate in the International Kullu Dussehra Festival and witness this unique Rath Yatra of more than 300 Deities. It will be the first time ever that the Prime Minister of the country will be participating in the Kullu Dussehra celebrations.

The tenure of PM is replete with many examples, where he has participated in the celebration of Indian festivals. Just a few days back, PM was visiting Gujarat and despite his busy schedule, on September 29, he participated in the Navratri festival at GMDC ground in Ahmedabad.

On the occasion of Ganesh Ganesh Chaturthi in August 2022, PM Modi visited Piyush Goyal's residence to seek the blessings of Lord Ganesha.

Similarly, this year PM Modi also celebrated Raksha Bandhan with the daughters of staff members working at his office, who tied rakhis on his wrist.

On the occasion of Bihu in April 2022, PM attended the Bihu Celebrations at the residence of Union Minister, Sarbananda Sonowal in New Delhi.

In April 2022, on the occasion of Parkash Purab Celebrations, PM attended the 400th Prakash Purab celebrations of Sri Guru Teg Bahadur Ji at the Red fort.

On the occasion of Ravidas Jayanti, in February 2022, PM visited a temple dedicated to Dalit icon Guru Ravidas in Central Delhi's Karol Bagh area and participated in the 'Shabad Kirtan'.

On December 25, 2021, on the occasion of Gurupurab, PM Modi addressed the Gurupurab celebrations of Guru Nanak Devji at Gurudwara Lakhpat Sahib, Gujarat.

In November 2020, On the occasion of Dev Deepawali, PM Modi participated in Dev Deepawali Mahotsav in Varanasi.

In April 2018, On the occasion of Buddha Jayanti, PM Modi joined the celebrations at Indira Gandhi Indoor Stadium, in New Delhi.

The Trial of the Chicago 7

Trial of the Chicago 7