Scientists find that wolves can show attachment toward humans 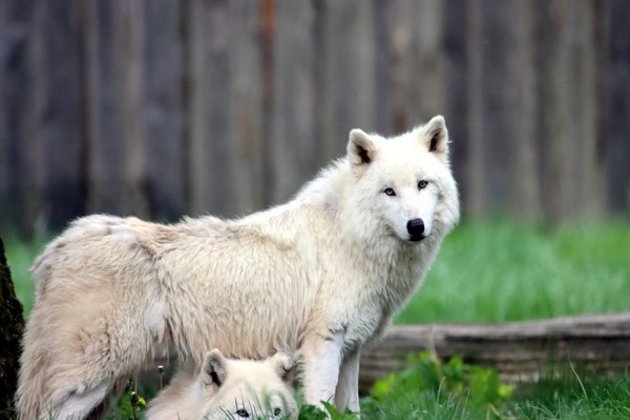 Washington [US], September 22 (ANI): When it comes to showing affection towards people, many dogs are naturals. Now comes word that the remarkable ability to show attachment behaviour toward human caregivers also exists in wolves.

The findings were made when researchers at Stockholm University, Sweden, tested 10 wolves and 12 dogs in a behavioural test specifically designed to quantify attachment behaviours in canids. During this test 23-week-old wolves spontaneously discriminated between a familiar person and a stranger just as well as dogs did, and showed more proximity seeking and affiliative behaviours towards the familiar person. Additionally, the presence of the familiar person acted as a social stress buffer for the wolves calming them in a stressful situation. These discoveries build on a slowly accumulating body of evidence contradicting the hypothesis that the abilities necessary to form an attachment with humans, arose in dogs only after humans domesticated them at least 15,000 years ago.

"We felt that there was a need to thoroughly test this," says Dr. Christina Hansen Wheat, PhD in Ethology from Stockholm University, Sweden. "Together with earlier studies making important contributions to this question, I think it is now appropriate to entertain the idea that if variation in human-directed attachment behaviour exists in wolves, this behaviour could have been a potential target for early selective pressures exerted during dog domestication."Dr. Hansen Wheat is interested in understanding how domestication affects behaviour. To study this, she and her team raised wolf and dog puppies from the age of 10 days and put them through various behavioural tests. In one of those tests, a familiar person and a stranger takes turn in coming in and out of a test room to create a somewhat strange and stressful situation for the animal. The theory behind the test, originally developed to assess attachment in human infants, is that by creating this unstable environment attachment behaviours, such as proximity seeking, will be stimulated.

In essence, what the researchers were looking for in this Strange Situation Test was if the wolves and dogs could discriminate between the familiar person and the stranger. That is, did they show more affection, and spend more time greeting and in physical contact with the familiar person than the stranger. If wolves and dogs would do so equally it would point towards this ability not being unique to dogs, i.e. it has not evolved specifically in dogs.

"That was exactly what we saw," says Dr. Hansen Wheat. "It was very clear that the wolves, as the dogs, preferred the familiar person over the stranger. But what was perhaps even more interesting was that while the dogs were not particularly affected by the test situation, the wolves were. They were pacing the test room. However, the remarkable thing was that when the familiar person, a hand-raiser that had been with the wolves all their lives, re-entered the test room the pacing behaviour stopped, indicating that the familiar person acted as a social stress buffer for the wolves. I do not believe that this has ever been shown to be the case for wolves before and this also complements the existence of a strong bond between the animals and the familiar person."Dr. Hansen Wheat adds that similarities between dogs and wolves can tell us something about where the behaviour we see in our dogs come from. And, while it may be a surprise to some that wolves can connect with a person in this way, she says in retrospect it also makes sense.

"Wolves showing human-directed attachment could have had a selective advantage in early stages of dog domestication," she says.

Dr. Hansen Wheat will now continue to work with the data she and her team have collected over the course of three years hand-raising wolves and dogs under identical conditions to learn even more about their behavioural differences and similarities. (ANI)

Lego closes stores in Russia, being reopened under name World of Cubes

MOSCOW, Russia: After Danish toy maker Lego exited Russia due to Moscow's February invasion of Ukraine, 65 of its stores ...

GENEVA, Switzerland: In an effort to ease power shortages this winter, the Swiss government said it will temporarily loosen water ...

BERLIN, Germany: As Germany grapples with surging gas and electricity costs caused largely by a collapse in Russian gas supplies ...

US acts to reduce risks from space debris

ALBUQUERQUE, New Mexico: New Mexico district attorney Mary Carmack-Altwies has said that actor Alec Baldwin and up to four others ...

US again returning money to victims of Bernie Madoff, 88% recovered

WASHINGTON D.C.: The U.S. Department of Justice has announced that after nearly 14 years, the victims of Bernard Madoff's Ponzi ...

After sanctions, Russia says will build own aircraft, not rely on west

MOSCOW, Russia: Russia's state-owned engineering firm Rostec has said that the country's aviation industry will continue operating without the West, ...

The Light Between Oceans