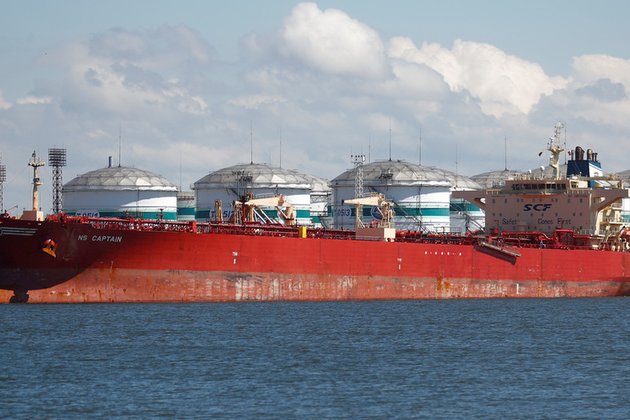 GOP members of Congress are sounding the alarm that a ban on US oil exports, which is being considered by President Joe Biden's administration, would backfire. They say it will drive the prices up and enrich Russia.

A Biden administration official reiterated this week that an export ban is being weighed - as proposed last month by Democrat lawmakers - to keep US crude supplies at home and help blunt rising energy prices. While no decision has been made, Republicans fear that such a move would hurt American producers and consumers.

"Banning crude oil exports from the US would be a catastrophic mistake that will harm the livelihoods of blue-collar workers in the Permian Basin and result in higher prices for international crude, giving Russia more profits," Representative August Pfluger (R-Texas) said in a statement on Friday.

He added that "the Biden administration should be encouraging, not crippling, American energy production."

Pfluger was among 61 Republican House members who sent a letter on Friday to Biden's energy and commerce secretaries - Jennifer Granholm and Gina Raimondo - urging the administration not to reinstate a ban on crude exports, repealed by Congress in 2015.

Granholm said in October that an export ban was one of the tools that could be used to reduce energy prices. Deputy Energy Secretary David Turk said on Wednesday that such a move is still under consideration, and analysis of the issue will be passed on to Granholm and Biden to help them make a decision.

While Pfluger argued that blocking exports would eventually drive domestic oil prices higher by reducing production, other critics have suggested that it wouldn't take that long for Americans to see higher prices at gasoline pumps. US Gulf Coast refiners that are tooled to process imported crude types would quickly see higher international prices, which would be passed on to consumers in costs for gasoline and other oil products, analysts have said.

Research firm IHS Markit warned last month that halting US crude exports would "deliver a shock to the world market," disrupting supplies and making allocations to refineries more costly and inefficient. "This would lead to supply-chain and processing inefficiencies and possibly even higher gasoline prices as a direct result of an export ban," IHS Markit executive Kurt Barrow said in a statement.

If worries about unintended domestic consequences aren't enough to sway Biden, GOP lawmakers raised a concern on which Democrats have harped since Donald Trump was elected president in 2016: Russia. The US and Russia rank as the world's top two oil producers, and Russia relies on oil and natural gas sales for around one-fifth of its GDP.

"Reimposing an export ban would make us less competitive on the world stage and shift good-paying, blue-collar jobs overseas," Republican lawmakers said in their letter. They added that halting exports would "cripple" growth of the US oil industry and "do nothing to alleviate the pain American consumers are feeling as a result of this administration's failed energy policies."

Representative Roger Williams (R-Texas) framed the proposed export ban as the latest step in a "war on American energy" that includes Biden's cancellation of the Keystone XL pipeline project. "With every step, the Biden administration further caves to the far left of his party, stopping at nothing that will impede his goal to force a socialist Green New Deal on the American people."

WARSAW, Poland: Poland's minister of health announced on January 17 that the country was in the midst of a fifth ...

At $534 million, Rome's Villa Aurora highest price ever at auction

ROME, Italy: Villa Aurora, a villa for sale in Rome with a starting price of $534 million, was expected to ...

During lockdown, free flowers handed out to mark Tulip Day

AMSTERDAM, Netherlands: As stores in Amsterdam and across the Netherlands cautiously reopened after a COVID-19 lockdown, thousands of free bunches ...

LONDON, England: UK Prime Minister Boris Johnson has said that since infections are leveling off in most parts of the ...

MEXICO CITY, Mexico: In a blow to the country's press corp, two Mexican journalists who had reported their country's slide ...

Water main break causes homes to be evacuated in Washington

BELLEVUE, Washington: Fire officials in Bellevue, Washington said two people escaped from a home that partially slid off its foundation ...