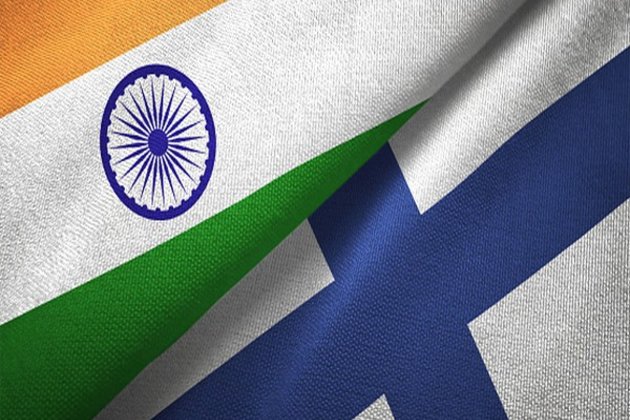 Helsinki [Finland], November 24 (ANI): India and Finland on Wednesday exchanged their views on various issues including Afghanistan, Indo-Pacific, India-EU Partnership, cooperation in the Arctic and Antarctic regions, and COP26.

During the 11th round of Foreign Office Consultation between both the countries, India and Finland have enjoyed warm and friendly relations and wish to expand their diplomatic relations in the Nordic countries, according to a statement.

According to the statement, the Foreign Office Consultations provided an opportunity to discuss the entire gamut of bilateral relations, including further strengthening of partnership in diverse areas such as trade and investment, ST, education, digitization, artificial intelligence, quantum computing, innovation, sustainable development, circular economy, and renewable energy.

Both India and Finland reviewed the progress made since the virtual summit was held on March 16 and also agreed to explore cooperation in new areas like vocational education, space, startups, health, and pharmaceuticals.

The two sides also discussed the COVID-19 situation and the vaccination drive in both countries.

The Finnish side congratulated India on 75 years of India's independence and conveyed that they looked forward to participating in the various events being organized to commemorate the occasion.

Both sides exchanged views on wide-ranging issues such as Afghanistan, Indo-Pacific, India-EU Partnership, cooperation in the Arctic and Antarctic regions, and COP-26. Further, India and Finland decided to enhance cooperation during their terms at the United Nations.