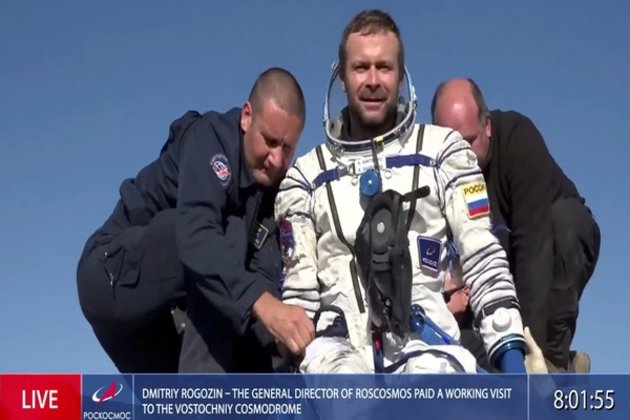 "TOUCHDOWN! Welcome home, @novitskiy_iss, Klim and Julia!" Roscosmos said on Twitter, where the landing was broadcast live on Sunday morning.

Russian actress Yulia Peresild and movie director Klim Shipenko arrived on the International Space Station (ISS) on October 5 to shoot the first professional feature film in space, titled "The Challenge."Peresild and Shipenko arrived back to Earth together with Russian cosmonaut Oleg Novitskiy at 07:35 Moscow time on Sunday (04:35 GMT). According to Roscosmos, the three are feeling well. (ANI/Sputnik)