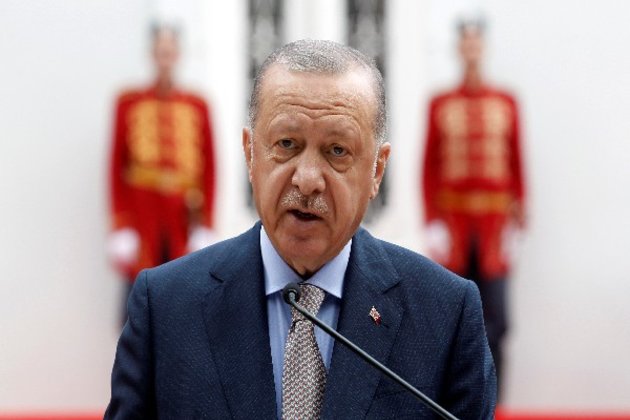 Ankara [Turkey], October 16 (ANI/Xinhua): Turkish President Recep Tayyip Erdogan and German Chancellor Angela Merkel engaged in a debate over the shortcomings of a coalition government during the latter's farewell trip to Istanbul on Saturday.

"Under Merkel, there was a successful period in Turkish-German relations. But it is always difficult to work with a coalition government. Turkey had a lot of problems when had it, but after switching to a presidential system, we got rid of them and started to work intensively," Erdogan told reporters after a meeting with Merkel.

The chancellor, in turn, said that a coalition government suits Germany, noting her country is not going to switch to a presidential system.

In response, Erdogan recalled that Merkel complained about difficulties with the coalition government during talks with him.

"It is true, but this is life," Merkel said.

Erdogan replied with a smile, quoting his grandchild who says "Grandfather, what can you do? This is life," raising laughter among those present. (ANI/Xinhua)