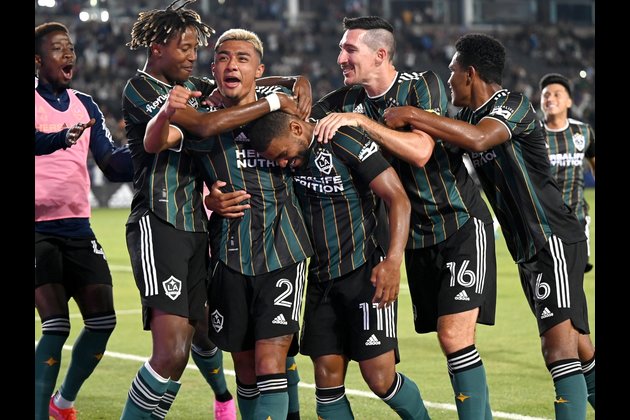 The Los Angeles Galaxy sit just two points out of second place and four out of first as they get set to host Real Salt Lake in a Western Conference match Wednesday night in Carson, Calif.

The Galaxy (9-6-1, 28 points) are coming off an impressive 4-1 win over the Portland Timbers at home last Friday in which they scored three unanswered goals. The highlight of the four goals was Rayan Raveloson's bicycle kick that opened the scoring.

The Galaxy have lost just one of their last 10 home matches against Real Salt Lake, with eight wins including the playoffs dating back to July 2014. RSL scored six goals in their only win in that time (6-2 in July 2017) but have managed just six goals in the other nine matches combined.

The Galaxy's nine wins are tied for second most in MLS. But opponents have found success against them, with LA having scored and conceded 27 goals this season.

Real Salt Lake (5-4-6 21 points) is on a three-game undefeated streak with two draws. They have shut out their last two opponents with a win and scoreless draw. It's been almost seven years since they have posted three straight clean sheets. But one of those, in 2014, was against the Galaxy.

"We wanted to get the ball into the attacking half and from there if we could go forward, we needed to go forward. If the opportunity wasn't there because of numbers or congestion, we wanted to switch the point of attack in their half and I think we did well," Salt Lake coach Freddy Juarez said. "We ended up getting more possession throughout the game. It was tough in the first half."

Raveloson has four goals in his first six appearances for the Galaxy. He'd never scored more than four goals in a season while playing in France before coming to MLS.

The Galaxy hope midfielders Sebastian Lletget (United States) and Jonathan dos Santos (Mexico) can play on Wednesday, a few days after both played in the Gold Cup final.

"We'll try to be smart. We're trying to get whole. Hopefully they can play some role, just not sure how much yet," Galaxy coach Greg Vanney said.